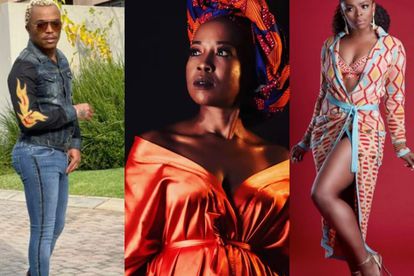 Ntsiki Mazwai thought it was unfair that Unathi Nkayi was “fired” over her “false” allegations but Somizi Mhlongo got to keep his seat on the judging panel after his abuse allegations.

Unathi Nkayi accused radio personality Sizwe Dhlomo of verbally abusing her but he had audio clips that seem to have proven otherwise. This was after Unathi was dismissed from the radio station in November 2021.

Both Somizi andUnathi fell victim to “cancel culture”. So, Ntsiki found it “patriarchal” that Somizi got to keep his seat on the judging panel of Idols SA but Unathi did not. Take a look…

“Isn’t it funny how Unathi was fired from @dstv. Pop Idols for her false allegations….. But Somizi kept the job when he has a real conviction??” she tweeted.

“Please balance me about the lady who is head of programming at dstv…..Is she targeting only women? Is she the patriarchy gate keeper?” she continued.

Ntsiki may have thought to share her feelings on Somizi because he is gaining popularity again after being “cancelled” in August 2021.

The media personality is back with his Showmax reality show – Living the Dream with Somizi as well as a dating show Lovey Dovey and 1 Magic’s Downtime with Somizi.

Royal AM owner and businesswoman MaMkhize appeared on an episode of Downtime with Somizi. Take a look…

“Tonight I’m on your TV screens with my bestie. Catch me on Downtime with @Somizi on One Magic Channel 103 at 20:30. We spent some time together with Bathu founder @theo_baloyi playing tennis and talking all things business & success. 💪🏽💪🏽the theme was Indian so I had to pull up like that 😂😂🤣🤣🤣,” she captioned the post.