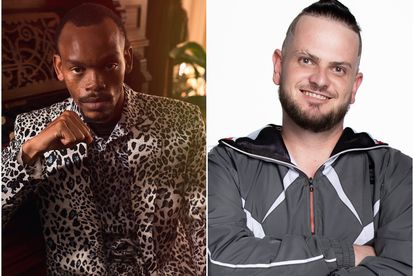 If there’s one celebrity in South Africa who is keen to make more enemies than friends in 2022, it’s Nota Baloyi…

The music commentator and personality is fast gaining a reputation for disrespecting other artists in the local entertainment industry.

Fresh off his insulting comments to Cassper Nyovest – whom he has challenged to a rap battle this week – Nota Baloyi has found another foe in YFM breakfast show host DJ Ankletap.

The outspoken star even threatened to get physical with the radio personality outside the YFM studios on Friday morning.

DJ Ankletap allegedly got into Nota Baloyi’s bad books after he criticised the latter following his week of Twitter rants.

Nota and Cassper have been engaged in a Twitter war of words after the former continued his stinging social media commentary against the hitmaker.

Nota has taken low blow shots at Cassper several times this week, including alleging that Andile Mpisane is sleeping with his baby mama Thobeka Majozi. The controversial personality also threw shade at the rapper, stating his biological father was “not man enough” to raise him.

But Ankletap – whose real name is Bryce Clarke – drew the line after he called out Nota Baloyi as a “bully” for his comments questioning the paternity of Cassper’s child Khotso.

The DJ also clapped back at a since-deleted tweet by Nota who claimed to have a higher than average IQ.

Nota Baloyi quickly readjusted his aim to DJ Ankletap, threatening to “pull up” on him at his place of work.

He tweeted in a video clip: “I’m right outside…come, let’s do it right now”.

But before the fight could even begin, it came to an abrupt end after Nota disappeared before DJ Ankletap leave the studio.

Ankletap replied in a video: “He chases clout…You just came here to shoot that video, you didn’t come to pull up or have a real conversation.

“You want to have a fght, I’m right here. Do whatever you want to do, but leave people’s children out of your mouth”.

Nota responded accusing Ankletap of “being a coward” and demanding he “put some respect” on his name.

Nota also demanded Ankletap feature him in an interview on his show.

He added: “BCCSA says I have a right of reply… If he’s going to talk about me on his show I have the right to reply on his show. He’s got until Monday to give me my right of reply or I’ll get a ruling against him & force YFM to take him off air. @DJAnkletap you white trash b*tch!”

‘He made me fearless’: Sammie Heavens on Nasty C’s rap influence