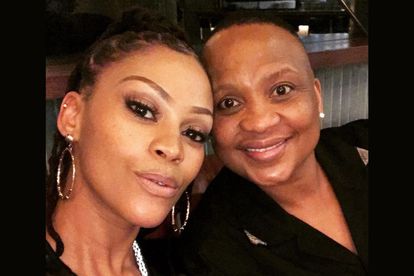 Generations The Legacy actress Letoya Makhene opened a sexual harassment case after she was allegedly fondled in her private parts on Sunday 16 January.

Sunday World reportsLetoya Makhene has opened a case of sexual harrasment against a man who allegedly fondled her in her private parts. The actress opened the sexual harassment case at the Midrand Police Station on Sunday 16 January.

“The Nigerian guy touched her private parts and this pissed her off. She then told Keswa who confronted the guy and they started attacking her. She retaliated in self defence,” said the police officer to Sunday World.

Keswa reportedly sustained injuries to her solar plexus. The police officer said that the businesswoman opened a case of malicious damage to property against Keswa. So, Keswa was arrested and released on 17 January after appearing at the Midrand Magistrates court.

She opened a counter case of assault against the businesswoman and Nigerian national.

Matlhogonolo Ledwaba, the founder of The Bread Box Studio in Midrand, accused Lebo Keswa of vandalism. This was via a Facebook post on Saturday 15 January.

“Unprovoked she vandalised and broke everything in my shop and called us nobody’s,” Ledwaba wrote on Facebook.

“She did all that unprovoked, she vandalised my business, insulted us and called us nobody,” she wrote, posting a picture of Keswa.

Following the couple’s accusations, the businesswomen said that she believes we have a fair and and efficient policing system.

“I believe we have a fair and efficient policing and court system. The investigation and the courts with facts not fabricated stories will arrive at a just outcome, therefore I will not respond to baseless and fabricated accusations,” said the businesswoman to The Citizen.

ALSO READ: Battle of the exes: Sithelo Shozi accused of being ‘petty’