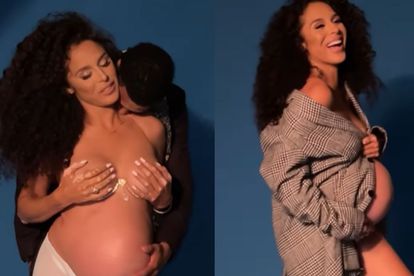 American television host Nick Cannon announced that he is expecting his third child with ex-girlfriend Britney Bell, which is his 10th child. Here’s five things we know about Britney.

The pair already have a five-year-old son named Golden and a one-year-old daughter named Powerful Queen.

Cannon announced that they are now expecting their third child together. This is the Wildin’ Out host’s tenth child.

This comes after Cannon welcomed his eighth child with Bre Tresi in June this year. He is also rumoured to be expecting his ninth child with Abby de la Rosa. The model and Cannon were in an on-and-off relationship after they met in 2015.

According to Page Six, Britney’s second pregnancy was announced while Cannon was dating model Jessica White. While Cannon has announced the third pregnancy, the model is yet to acknowledge on social media.

2. SHE IS A FIRST GENERATION GRADUATE

The Sun reports that Britney was the first in her family to graduate. She attended The Walter Cronkite School of Journalism and Mass Communications.

The model was crowned Miss Arizona in 2010 and went on to represent the state in the Miss USA pageant the same year.

4. SHE COMPETED AT MISS UNIVERSE

Britney was also crowned Miss Guam in 2014 and went on to compete at the Miss Universe pageant. However, she didn’t place and was eliminated.

ALSO READ: ‘The stork is on the way’: Nick Cannon on having more babies this year