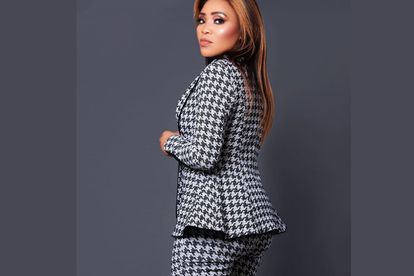 BET’s Behind the Story is back for its fifth season and the first episode kicked off on Saturday 9 October with entrepreneur and “IT guru” Norma Mngoma having a sit-down interview with the host, actress Nomalanga Shozi.

On season five of BET’s Behind the Story, actress Nomalanga Shozi replaced fellow actress Pearl Thusi. Pearl  joined Behind the Story in 2018 and hosted guests such as actress Enhle Mbali, DJ Zinhle and rapper Cassper Nyovest. The Quantico star did have some controversy in relation to the show.

However, Pearl took her bow from the show with grace as she wished Nomalanga well on Twitter.

Nomalanga kicked off the season with Norma Mngoma who is the estranged wife of former finance minister Malusi Gigaba.

NORMA MNGOMA: ‘IN MY NEXT MARRIAGE..’

Nomalanga asked Norma what advice she had for her — a woman who dreams of being married. Norma explained that happiness comes from God and within, not another person.

“As a woman, myself, who dreams of being married. You know and living that dream, having the fairytale woman and meeting the love of my life and sharing a life together. What would be something that you would tell me before going into a situation like that,” asked Nomalanga Shozi.

“Just know that your happiness, your source of happiness, comes from you and God. Don’t think the marriage will give you the happiness you never had and don’t have so much of expectations from the other person and also just communicate with the person,” responded Norma.

The entrepreneur said that in her marriage (to Malusi) she put him and the marriage first and therefore neglected herself. She went on to say in her “next marriage” she would not do that. The IT guru explained that her failed marriage with the former finance minister will not stop her from getting married again because she knows she is a loving person.

“Because there was a time where I put the person first, the marriage first, and you ended up forgetting yourself which is the mistake I’ve done,” she continued.

“In my next marriage, I won’t do that,” she added.

She went on to say that she is definitely not against marriage in the future and if the time comes with someone else, she would get married again.

NORMA ON CO-PARENTING WITH MALUSI

Norma and Malusi have two sons together. When asked how the kids were doing she said that they know everything about her marriage, that a kid can know.

“How are the kids doing?,” Nomalanga asks Norma.

“I sat them down so they know everything, but what a kid can know. You can’t just tell them everything,” she responded.

She went on to say that she and her estranged husband love their children and their personal issues do not come between their kids.