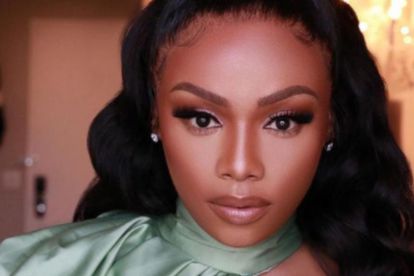 The BNG creator announced that her BNG Brut MCC has been announced as the official celebration drink for Miss SA 2021 last week (7 October).

The star also hinted at even bigger news, which she finally revealed today (12 October) .

Matheba went on her Space on Twitter to announce that the company representing her scammed her and robbed her brand.

She also said she has now fired them and she is laying criminal charges against them for very unsavoury behaviour.

WHO IS REPRESENTING HER?

Although the media mogul didn’t specify that C.S.A Global is the management company she is laying criminal charges against in her statement, her website states that she’s been signed to the global media and talent group since 2017.

One of her followers Musa Khawula also alleged that the media personality has terminated her contract with C.S.A Global citing criminal conduct by her management group.

According to the website the partnership with Bonang saw C.S.A. supporting and building her brand Bonang across all mediums including entertainment, fashion, entrepreneurship and philanthropy.

She confirmed the partnership in 2017 by saying:

“I am thrilled to be joining C.S.A., who have proven themselves as a force to be reckoned with within the African market as well as globally.”

“With C.S.A. on my side, I will focus on projects beyond South African borders.”

LISTEN TO HER ANNOUNCEMENT HERE: