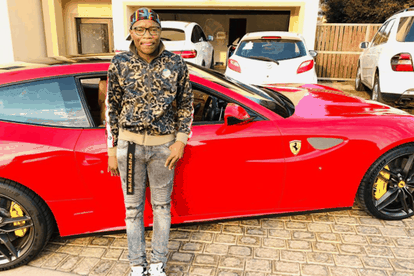 It shouldn’t be like this, but sadly, this is 2021 – and it would appear we can’t enjoy nice things anymore. The two South African musicians behind the global hit song ‘Jerusalema’ are now at odds with each, after a row over payment erupted on Sunday. Both Master KG and Nomcebo have dropped a series of bombshells this weekend.

Jerusalema dilemma! Artists now bickering with each other

Vocalist Nomcebo went first, posting a brief statement on social media. The songstress claimed that she had ‘not been paid a cent’ for Jerusalema, despite its worldwide recognition. The track has topped music charts all across Europe, and spawned the most viral dance craze of the past year – but she claims not to have reaped the financial rewards yet.

“Thank you to all the fans of Jerusalema you have made my dreams a reality, with attaining a global hit song. My voice and lyrics have transcended globally, but I still await what is due to me.”

“I have not been paid a cent by the label for Jerusalema, despite the song’s global success. I’ve been ridiculed by efforts to marginalise my contribution. As a female artist, I can’t stay silent on this anymore, the matter is with my lawyers.”

Master KG fights back in payment row with Nomceba

This version of events is hotly disputed by Master KG however, and the DJ who created the music says his former collaborator is ‘lying’ about the payment issue. He took to Twitter, presenting a ferocious argument of his own.

“The agreement of Jerusalema is 50/50 between me and Nomcebo, but she wants 70% and I must get 30%. I believe when the time is right, everyone will know the truth – there’s nothing to hide here, I’m tired of being hated for lies.”

“Last year, Nomcebo started a Jerusalema Tour without me and I never had a problem and a few weeks back, I started my own tour and then Nomcebo went to the media and created a story that I’m leaving her behind…I don’t really know why things must be like this!” | Master KG