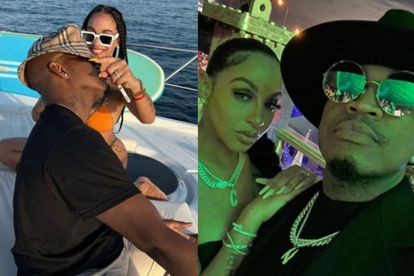 American singer Shaffer Chimere Smith, popularly known as Ne-Yo, has responded to his wife Crystal Smith’s bombshell allegation that he cheated on her with several women via a tweet on Sunday 31 July.

NE-YO’S WIFE ACCUSES HIM OF CHEATING

According to Hollywood Life, Ne-Yo and his wife Crystal tied the knot in 2016 and welcomed their first child together later that year. The pair welcomed their second child in 2018 but were headed for divorce by 2020. However, during the pandemic they were working on their marriage and renewed their vows in April this year.

Crystal made the bombshell allegation that Ne-Yo cheated on her with “several women who sell their bodies to him unprotected” via a lengthy Instagram post. She also stated that she is walking away from her marriage.

“Eight years of lies and deception, eight  years of unknowingly sharing my life and husband with numerous women (sic) who sell their bodies to him unprotected. Every last one of them. To say I’m heartbroken and disgusted is an understatement,” she wrote.

THE SINGER RESPONDS TO CHEATING ALLEGATIONS

Ne-Yo responded to the cheating allegations saying that his family will work through their challenges behind closed doors. He went on to say that personal matters are not meant to be addressed on public forums.

“For the sake of our children, my family and I will work through our challenges behind closed doors,” he wrote.

“Personal matters are not meant to be addressed and dissected in public forums. I simply ask that you please respect me and my family’s privacy at this time,” he continued.