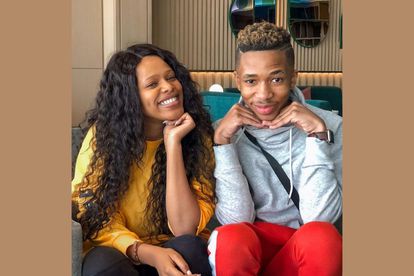 Natasha Thahane opens up about her fallout with Lasizwe. Image via Instagram @lasizwe.

Natasha Thahane opens up about her fallout with Lasizwe. Image via Instagram @lasizwe.

South African actress Natasha Thahane opened up about her fallout with social media sensation Lasizwe Dambuza on an episode of Podcast And Chill with MacG which premiered on YouTube on 25 November.

NATASHA AND LASIZWE’S FRIENDSHIP FALL OUT

Lasizwe Dambuza revealed he is no longer friends with Natasha Thahane on an episode of his show, Drink or Tell the Truth on 24 September. The social media star revealed that he and Natasha unfollowed each other.

“No, to be honest even Natasha and I have unfollowed each other on all platforms,” said Lasizwe to Nandi Madida.

Lasizwe hinted that their issues arose when Natasha stood him up for the show, three times.

ALSO READ: ‘I thought he was at a mental health facility?’: Lasizwe grooves to ‘Osama’

The Blood & Water star revealed that she was not pleased with how Lasizwe made her fall out with actress Ntando Duma public knowledge. She went on to say that she is enjoying her silence.

“I’m enjoying my silence. He decided to say whatever he wanted to say. He can carry on,” said Natasha.

Natasha went on to say that it’s okay to outgrow people.

“One thing people need to learn from my situation with Lasizwe is when people grow out of each other’s seasons, it’s okay. My thing was you need to figure out if we’re industry friends or genuine friends. Lasizwe stayed in my life and it was great. We were good friends. If we have to grow apart that’s okay, but let’s keep respecting each other,” she continued.