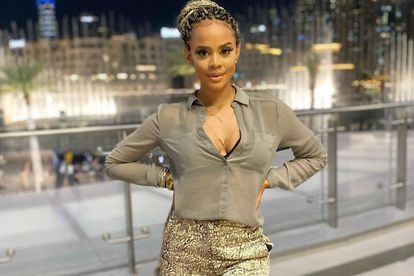 Naledi Willers has passed on. Image via Instagram @nana01gp.

Naledi Willers has passed on. Image via Instagram @nana01gp.

Real Housewives of Johannesburg (RHOJ) star Naledi Willers passed away after a long battle with cancer, confirmed this morning (8 December).

RHOJ star Christall Kay confirmed the news of Naledi Willers’s death to Sunday World. The reality star passed away after a long battle with breast cancer.

“My sincere condolences to her family and friends. I remember her as a bold beauty that never shied away from a challenge,” said Christall to Sunday World.

Naledi was diagnosed with stage two triple-negative breast cancer in 2019 and she opened up about it on social media. She said she was informed of her diagnosis on the day she wrote her last exam for her law degree.

“On 29 Nov 2019 I was diagnosed with stage two triple negative breast cancer. This was also the day I wrote the last exam of my law degree… while waiting for the call barring my results,” she wrote on Instagram.

“I spent the past short while posting pictures taken around this time last year so I can show what a difference a year makes… and also to say that through all those changes, I’m still here. Still fighting? Does the fight for survival ever end? I choose to say: still healing. Still improving. Every day I draw another breath… still WINNING,” she continued.

CONDOLENCES POUR IN FOR THE REALITY STAR

Many celebrities and Tweeps have sent their sympathies to Naledi’s family after her passing. Somizi’s friend Ndo Maleho posted a picture of Naledi with a sweet tribute.