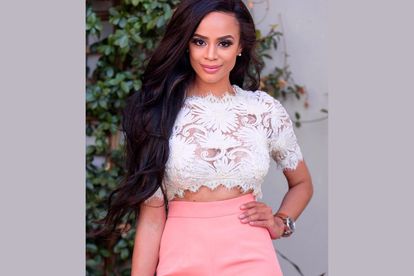 Naledi Willers passed away at the age of 30. Image via Instagram @nana01gp.

Naledi Willers passed away at the age of 30. Image via Instagram @nana01gp.

The family of reality star Naledi Willers announced her funeral and memorial details via an Instagram post on Monday 13 December.

‘RHOJ’ STAR PASSED AWAY AT THE AGE OF 30

Naledi Willers passed away at the age of 30 on 8 December. She was popularly known for starring in reality series The Real Housewives of Johannesburg (RHOJ). The RHOJ star was also married to radio personality The Naked DJ.

Naledi lost her life after a battle with breast cancer. She revealed that she was diagnosed with stage two triple negative breast cancer when she wrote her last exam for her law degree.

“On 29 Nov 2019 I was diagnosed with stage two triple negative breast cancer. This was also the day I wrote the last exam of my law degree… while waiting for the call barring my results,” she wrote on Instagram.

“I spent the past short while posting pictures taken around this time last year so I can show what a difference a year makes… and also to say that through all those changes, I’m still here. Still fighting? Does the fight for survival ever end? I choose to say: still healing. Still improving. Every day I draw another breath… still WINNING,” she continued.

Tributes have been pouring in for the actress from last week including Minnie Dlamini Jones and more.

Naledi’s memorial service will be held on 15 December at Houghton Hotel. Only family members and friends are allowed to attend because of the COVID-19 protocols. The family invites members of the public to stream the memorial service live. A link would be sent out on the day.

She will be laid to rest on 19 December in Botswana – where she was raised.

“The friends & family of Naledi Willers wishes to invite you to a (Live Streaming) of her Memorial Service, to be held at Houghton Hotel on Wed, 15 Dec. Due to Covid protocols, attendance is only open to family & friends. Streaming links will be available on the day of memorial,” the post was captioned.