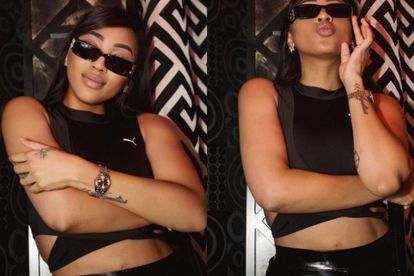 South African rapper Nadia Nakai announced that she is officially a homeowner and purchased her own house via a tweet on Sunday 24 July.

Nadia Nakai announced that she purchased a new house and is officially a homeowner via  a tweet on Sunday 24 July. Take a look…

Celebrities and fans congratulated the rapper in the comments section of the post. Take a look…

“One thing about AKA he empowers his women,” wrote @Ruby_hla.

This comes after the rapper said that she would be leaving the micro-blogging platform because it is toxic.

“It’s very toxic! It’s always been bad but like it’s gotten worse! All you see on Twitter is people hating on each other, talking sh*t about each other! Bringing people down, and these blogs actually take things from Twitter and write stories about it,” she wrote in a since-expired Instagram Story.

“Twitter is a credible source now? Click bait is a hella drug. I can’t do it. Nothing is celebrated there,” she continued.

She went on to say that there is zero common sense on the platform and she enjoys being happy.

“There’s zero common sense there. I enjoy being happy. That place is just sh*t.” she added.