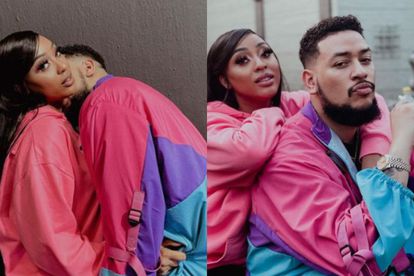 Nadia Nakai gushes over her boyfriend AKA. Images via Instagram @nadianakai.

Nadia Nakai gushes over her boyfriend AKA. Images via Instagram @nadianakai.

South African rapper Nadia Nakai said that she would love to have babies with her boyfriend, rapper Kiernan Jarryd Forbes, popularly known as AKA, after witnessing him as a father.

NADIA NAKAI GUSHES OVER AKA

Nadia Nakai revealed that she would refrain from socialising with AKA in the past. This was because she was signed to Cassper Nyovest’s record label Family Tree Records. AKA and Cassper are known to have had beef. So, Nadia seems to have avoided him for this reason.

“I’ve known Kiernan for years. He was respectful every time I’d meet him. We never had personal issues and obviously out of respect for my label boss, I would refrain from socialising too much with him,” she said to Sowetan Live.

The Naaa Mean hitmaker also revealed that she and AKA have a lot of common and there wasn’t a specific time that became “official”.

“There wasn’t a specific time that we told ourselves we were an official couple because we were just really good friends. We’d speak for long hours over the phone and share so much in common,” she continued.

AKA shares seven-year-old Kairo Forbes with South African DJ Ntombezinhle Jiyane, popularly known as DJ Zinhle. Nadia revealed that she witnessed how great of a father the rapper is. So, she would love to have his babies someday.

“We didn’t plan to become a couple, it just happened. I’ve witnessed how great he is as a father; of course, I’d love to have his babies one day,” she added.

Despite Tweeps trying to “create drama” between the pair, Nadia says she and DJ Zinhle have no drama between them. She also said that she respects the Umlilo hitmaker.

“I don’t know why people expect us to hate each other. She’s Kairo’s mother and I respect that and our friendship,” she said.

“People just love to see women hating on one another for no apparent reason,” she continued.