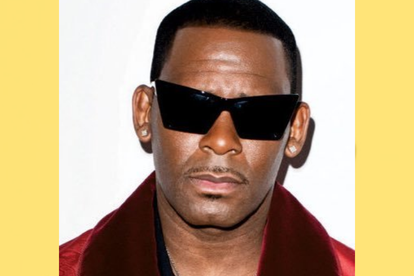 Many locals will not be cancelling R Kelly any time soon. Image via Twitter: @RKellyFans

Many locals will not be cancelling R Kelly any time soon. Image via Twitter: @RKellyFans

Last week world-renowned musician R Kelly was found guilty of using his position in the music industry to exploit women who believed he would help them advance their careers. This has since brought up a big debate around whether or not people should still be listening to his music.

Many South Africans have seemingly decided that they will not entirely be cancelling the disgraced singer.

RnB singer Robert “R” Kelly’s guilty verdict has started a big debate around whether people should be forced to stop listening to his popular music.

The singer was found guilty of sexual assault charges levelled against him by women who claim that he abused them after promising to help them become famous musicians.

According to various tweets made online, many South Africans have argued that they should not have to cancel his music, but rather just cancel him as an individual. A lot of people didn’t think this made any sense and expressed their views online.

ALSO READ: ‘Today it stops!’: Unathi will not tolerate R Kelly’s music around her

“It’s hard to cancel R Kelly when you realize you have to cancel songs he’s produced.”

YouTube has reportedly removed two of R Kelly’s channels after he was convicted last week. BBC News reports that RKellyTV and RKellyVevo were taken down in accordance with the streaming network’s “creator responsibility guidelines”.

Also according to the publication, his music will still be available on YouTube music but he will not be allowed to create any more channels. They will also continue to allow other YouTube users to upload R Kelly content.