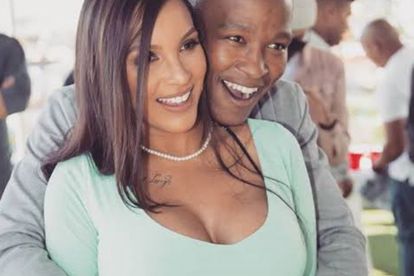 Television presenter Katlego Maboe’s former partner Monique Muller has given love another chance with a mystery man who was spotted on her Instagram Stories earlier this week.

Former Expresso Show presenter Katlego Maboe and model Monique Muller were together for a few years before cheating allegations rocked their love boat in 2020. The pair welcomed their son Phoenix Katlego Maboe in 2018.

In 2020, a video of Monique claiming Katlego gave her an STI and cheated on her went viral. There were also allegations about domestic violence which led to Katlego losing his job as a presenter of Expresso Show and his OUTsurance gig.

In September, Katlego hit back and sent a R1 million letter of demand to:

On Tuesday 2 November, Katlego’s friend Sipeto Loyiso Ganca made four bombshell allegations against Monique. One of which was a bold claim that the television presenter feared her. He painted a picture of a toxic relationship which Monique’s friend later spoke out against.

However, the model did not seem too bothered about what was said about her. Instead she’s been posting photos with a mystery man.

MONIQUE MOVES ON WITH MYSTERY MAN

The model shared several photos with what seems to be a new boyfriend on her Instagram Stories. Although she did not let her 19 600 followers see his face, she dropped a little context and background of their “relationship”.

Monique’s mystery man is not exactly “new” in her life. In screenshots published by The Citizen, she shared a photo of the two of them from 2016. This indicates that they have known each other for a while and potentially rekindled their relationship.

In another Instagram Story the model is kissing her mystery man on his cheek in a photo dated September 2021.