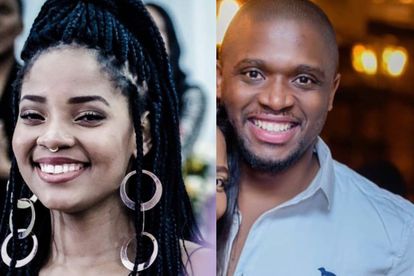 Businessman Phiwe Maphanga has obtained an interim protection order against ex-girlfriend Moneo Moshesh-Sowazi and opened up about the abuse claims made by the musician. The actress-singer was also ‘arrested’ for two hours at the police station and forced to delete the Instagram videos.

According to a City Press article, the singer Moneoa Moshesh-Sowazi, who previously claimed on her Instagram videos that Phiwe Maphanga abused and scammed her was held at the Sandton Police Station for two hours on Thursday, 25 August. This is after her ex-boyfriend opened a case of intimidation, extortion, and defamation of character against her.

The actress took to her Instagram account on Friday, 19 August and revealed how the businessman, who is currently married to Gauteng ANC deputy provincial secretary Tasneem Motara, allegedly assaulted her after complaining about her refusal to give him breakfast on New Year’s Day a few years ago.

Maphanga’s affidavit states that the posts made by the singer affected him and had a negative effect on his wife, his mother, and his sister.

“Moneoa Moshesh is an ex-girlfriend whom I met in 2017. Our relationship was terminated in 2018. We were together affectionately for a period of a year. During the course of our relationship, I was the subject of physical abuse and emotional blackmail.”

Maphanga added that the musician has been threatening to use her fame and social status to cause him physical and reputational harm, and recently sent him threats saying that she would destroy him and his family.

“As a newlywed and a man with a newborn baby, I feel extremely vulnerable, as I am uncertain of the extent to which the threats could be acted on. I have been giving her money throughout the course of our break-up, as she would claim that if I don’t give her money, she would ensure I am in harm’s way.”

[The singer did not deleted her videos at the time (Sunday, 28 August) of publishing this article.]

PHIWE MAPHANGA: ‘MY LIFE IS IN DANGER’

The businessman Phiwe Maphanga also tells the publication that Moneoa’s threats and insults have extended to other members of his family and the intimidation has reached an all-time [high].

“This has resulted in my life being in physical danger. I have received threats [on] digital platforms [from Moshesh-Sowazi’s supporters] claiming that they will find me and my family. I would therefore request that I be given a protection order on an urgent basis on the premise that I am getting death threats from social media owing to her recent posts.”

Moshesh-Sowazi’s lawyer Buang Jones told City Press that they’re challenging the interim protection order, which was granted at the Randburg Magistrates’ Court earlier this week as the singer was subjected to abuse and intimidation when she presented herself at the Sandton Police Station to give her statement.

The publication adds that on Friday, 26 August Moshesh-Sowazi opened a case of intimidation against the two police officers who allegedly intimidated her, and another case of theft by false pretence against Maphanga, who allegedly took a vehicle belonging to her five years ago and has not returned it.

“The charge against Maphanga is one of theft under false pretences. Our view is that he took the car under false pretence, with the intention to deprive Moneoa of its use. He left with the car in September 2017, and to date, he has not returned the car. We don’t know where the car is. We will also be pursuing civil action against Maphanga. We are of the view that the statement he gave to the police and the evidence thereof is fabricated.”

Her lawyer added that they would be approaching the Independent Police Investigative Directorate to investigate the conduct of the two police officers.

Gauteng’s police spokesperson Dimakatso Sello confirmed to the publication that Moshesh-Sowazi opened cases against the police and Maphanga on Friday.

“The police can confirm that those cases were opened at Norwood Police Station for further investigation.”