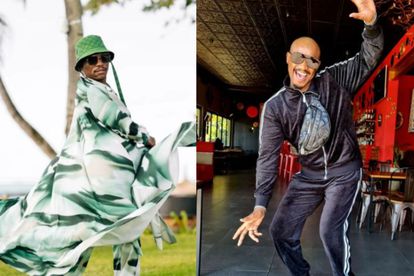 Mohale reveals why Somizi and TT Mbha are no longer friends. Images via Instagram @somizi @ttmbha.

Mohale reveals why Somizi and TT Mbha are no longer friends. Images via Instagram @somizi @ttmbha.

South African actor and radio personality Mohale Motaung revealed why his estranged husband Somizi Mhongo is no longer friends with TT Mbha – on his Showmax Special which aired on 4 August.

MOHALE REVEALS WHY SOMIZI AND TT MBAH ARE NO LONGER FRIENDS

Mohale Motaung claims that Somizi Mhlongo and TT Mbha are no longer friends because the media personality told TT Mbha to tell “certain people” not to hire him. He later revealed that the “people” were The Fergusons.

“The reason Somizi and TT Mbah are not talking is because I lost out on work because Somizi asked TT to speak to certain people and told them not to hire me … it was very hurtful that my husband and his best friend cooked up a story to make sure that I don’t get that gig,” he said.

“He denied it to the people but he told me the truth. He told me that he went and told TT Mbah to speak to the Fergusons because he was close to them,” he continued.

SO, WHAT DOES TT MBHA HAVE TO SAY?

TT Mbha told Tshisa Live that he is no longer friends with Somizi but said he wanted to consult with his lawyers before confirming or denying Mohale’s claims.

“I’ve been quiet about this. I’ve distanced myself from whatever has been going on between the two of them and I’d like to keep it that way and not comment, but I did see what he said about me,” said TT Mbha to Tshisa Live.

Mohale also revealed that he did not ask for 50% of Somizi’s estate but instead just requested his clothes, car and money from their Showmax wedding specials.

ALSO READ: Exclusive: How did Mohale feel about Somizi calling him a ‘robber’?