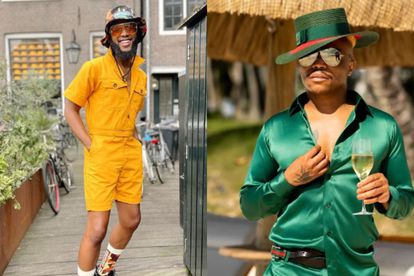 South African actor and radio personality Mohale Motaung opened up about cheating on his estranged husband via his Showmax special which released on 4 August.

MOHALE OPENS UP ABOUT CHEATING ON SOMIZI

The Black Door star revealed that he cheated on his estranged husband Somizi Mhlongo on his Showmax special – Mohale: On The Record. He said they were three months into the relationship and he was being selfish.

“We were three months into the relationship … It was just me being selfish and I didn’t think about him or how he would feel,” he said.

Mohale also revealed that he did not want to go public with his relationship but Somizi was the one who wanted to announce their relationship to the world.

“Somizi had everything figured out in his life. From his career to his personal life, to whatever he wanted to achieve. The only missing puzzle in his life was marriage. He wanted to do whatever it took to make sure that the puzzle [was] perfect and complete,” he added.

This came after Somizi claimed their “sex was not great.”

“I was dealing with someone who had issues with sex or I don’t know what you call it. I try to find ways of making it work. The sex life was dead. I still stayed but I said to him let’s find other ways. Either we could go for sex therapy – he did not want to go because he was in denial of the fact that our sex life wasn’t great,” he said on an episode of his reality show – Living the Dream With Somizi.