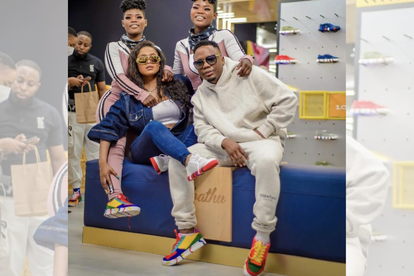 South African media personality and shunned Idols SA judge Somizi Mhlongo’s world seems to be crumbling around him. The TV personality was allegedly given “some time off” by the talent show producers and has now seemingly lost his role as an ambassador for the South African sneaker brand, Bathu footwear. Meanwhile, locals have speculated about who his replacement could be.

Bathu kicks Somizi to the curb

Recent reports reveal that Bathu sneakers have decided to distance themselves from South African TV and radio personality, Somizi Mhlongo. Bathu is not the first company who have sought to save their reputation by cutting ties with the star who has been accused by his estranged husband Mohale of abuse.

We earlier reported that Somizi was suspnded from his position as an Idols SA judge and also made the decision to take “a break” from radio so that he can sort out his private life and divorce from Mohale who cause quite the stir after recordings were leaked of him accusing Somizi of various instances of physical and emotional abuse.

The two have since issued statements regarding the leaked recordings and the abuse allegations.

Briefly News reported that Bathu recently held a grand opening at Gateway Theatre of Shopping in KwaZulu-Natal and Somgaga was nowhere to be seen. Another local celeb, DJ Tira was however present and naturally, South Africans started speculating.

DJ Tira to replace Somizi? SA gets to talking

Many locals wondered out loud on Twitter whether or not the musician would be replacing Somizi as an ambassador for the popular sneaker brand. Read some of their tweets about it below.

“Metro FM, Idols SA, Bathu have given Somizi time to “put his house in order.”