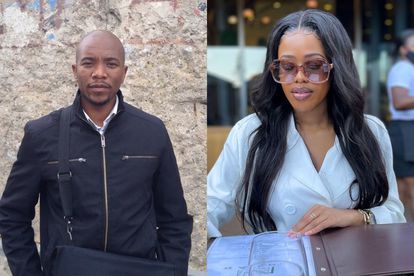 Former leader of the Democratic Alliance (DA) Mmusi Maimane took an aim at actress Natasha Thahane yet again, via a tweet on 13 January.

Mmusi Maimane slammed eTV for being like the African National Congress (ANC). This was because the broadcaster was trending on Twitter for making Anaconda their Saturday Night movie yet again.

A Twitter user Cellular responded to the tweet but has since deleted the response. Maimane was quick to respond and he dragged Natasha Thahane into the mix. He slammed the Blood & Water star for her R1 million finding scandal. Take a look…

“You are living in an ANC nightmare Cellular. We all are. Unfortunately unlike Natasha your buddy not everyone can just make a call and get R1 million to solve their problems,” he wrote on Twitter.

“Youth unemployment is over 75%. Corruption is the daily bread of this government,” he continued.

ALSO READ: eTV goes Nando’s on Pearl after she slams their ‘Anaconda’ obsession!

Natasha said she received R1 million in funding to study abroad on an episode of Podcast And Chill on 25 November. She also said that former speaker of the National Assembly Baleka Mbete assisted her.

She later released a statement explaining the amount of money she received but Maimane thought the math did not add up. This was after Natasha explained that she received R350 000 and not R1 million.

“She (Mbeter) advised me to explore the Department of Sports and Arts and Culture because they have got funding opportunities. That was my first conversation and last conversation with her. She did not make any calls on my behalf and did not send any emails on my behalf and I apologise for diluting the entire scenario because I made it seem like I had a personal relationship with her,” she said.