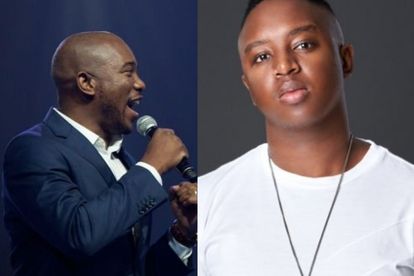 Former leader of the Democratic Alliance (DA) Mmusi Maimane slammed DJ Shimza for not washing his own socks and underwear via a tweet on 6 January.

DJ SHIMZA REVEALS HE DOES NOT WASH HIS OWN UNDERWEAR

Ashley Raphala, popularly known as DJ Shimza revealed that he does not wash his own underwear. DJ Shimza confessed that he has dirty laundry piling up because his domestic worker is away.

“My helper needs to come back now, I’m completely out of socks. Ke setse ka tsa ko bounce, tempted to wear them,” he tweeted.

His fans and followers were shocked that he did not wash his own underwear. Take a look…

“No DJ Shimza as celebrities we need to be examples to our fans. We can’t be treating our black mothers like this. Wash your own socks and undies bro it doesn’t hurt,” tweeted Collen_KM.

Another Tweep questioned whether it was necessary for everyone to know his domestic worker washed his underwear.

“Was it really necessary to let the whole of South Africa to know that your helper washes your socks,” wrote @msando_n.

“That’s her job, I’m sure she’s not embarrassed by it,” replied Shimza.

ALSO READ: ‘No class at all’: Bheki Cele trolled after ‘daughter’ parties without underwear

Maimane slammed DJ Shimza by retweeting his tweet. The politician said that he should wash his own socks and underwear. He added that we should not forget ubuntu because of positions of privilege.

“Spin those socks and drawers with your hands and soap. We must not forget our ubuntu as we occupy positions of privilege and proximity to power. That’s mid. Not class,” he wrote.

“We all know how to wash our own clothes. How to clean our own rooms. That is how we were raised,” he continued.

“Of course you and your father get along,” reads the tweet when translated to English on Twitter.

New City of Johannesburg Mayor to be elected on Friday