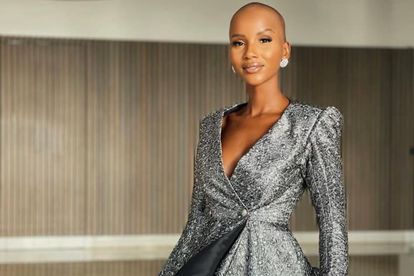 Miss SA organisers have found themselves trending again for all the wrong reasons . This, after tweeps called them out for “unfair treatment”

This time around, tweeps are accusing organisers of treating former winner Shudu Musida “unfairly”. This follows news that Lalela will be competing in the Miss Supranational pageant.

Lalela Mswane found herself the target of many angry tweets after organisers announced that she will be participating in the July 2022 pageant.

Miss Supranational – which was last year attended by Miss SA first runner-up Thato Mosehle – will take place in Poland. The news comes as a surprise to fans who were under the impression that runner-up Moratwe Masima would be attending the international pageant.

Now tweeps have accused Lalela and Miss SA of being “selfish” and denying the runners-up an opportunity to compete. This, after Lala competed at the Miss Universe pageant in Israel in December 2021.

Lalela’s predecessor Shudu, chose to attend the Miss World pageant – which has been postponed twice to March 2022 – whilst second runner-up Natasha Joubert attended the Miss Universe pageant in May 2021 (postponed from December 2020)

Previously, the Miss SA winners were allowed to compete at both Miss Universe and Miss World pageants. However this “rule” changed after Shudu seemingly took the title in 2020. However things have seemingly reverted back to normal.

Miss SA CEO Stephanie Weil defended their actions in a statement to Channel 24. She said: “It is also not uncommon for the same representative to attend more than one international competition during their year of reign should the international pageant’s dates and timeline allow for it.”

Despite local pageant organisers attempt to justify their actions, many tweeps think Shudu was given a raw deal during her reign

“Shudu was robbed of her title & duties it’s messed up”

“Shudu was the reigning Miss SA therefore she was supposed to attend all three like the previous winners. Instead introduce new rules during her reign, and that raises my eyebrows”

“Why did they allow Natasha and Thato represent SA in different pageant and not allow Shudu to do all the work since she was the Miss SA?”

Meanwhile, Shudu is currently campaigning for South Africans to help her advance to the Top 12 of  Miss World 2021. The pageant takes place on 16 March 2022 in Puerto Rico.