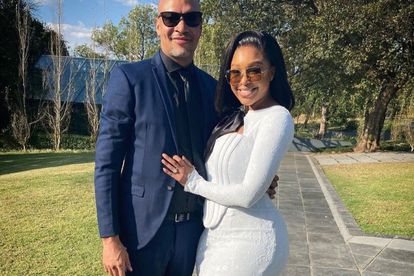 Television personality Minnie Dlamini released an official statement on Wednesday 11 May refuting allegations of cheating in her marriage with her now estranged husband Quinton Jones.

She also added that she will be taking legal action against relevant parties who are responsible for circulating false information about her and her family on social media.

The Homeground presenter is trending on social media after breaking her silence after allegations surfaced that she reportedly cheated on Jones with businessman Edwin Sodi and that she’s refusing to sign the divorce papers.

Dlamini said the rumours about her and her husband’s divorce are “false, damaging and malicious” and that she and Jones will be taking legal action.

“Fabrications of such damaging manner are both unnecessary and hurtful in a matter that’s already sensitive to us.”

“These baseless rumours affect not only us but our child.”

Read the entire statement below:

TWEEPS REACT TO HER STATEMENT

Rumours of her cheating on the father of her child began this week when controversial blogger Musa Khawula revealed that she’s been cold towards Quinton Jones after her brother’s passing.

Khawula also said that Jones found out that Minnie was cheating on him and filed for divorce that and she’s refusing to sign the divorce papers.

“That Minnie Dlamini statement might have been written by the son.”

“When are you shooting unbecoming Mrs Jones? Minnie Dlamini.”

“A public figure that seeks privacy. You can’t have those privileges as a public figure. Minnie is surely having it hard.”

“You made your relationship public not us sis Minnie.”

“Minnie if during the proceedings you happen to need a shoulder to cry on, I am here, feel free.”

“Mrs ex Jones or Minnie Dlamini we paid full box including Showman in @DStv just to watch her national wedding.”

“Manje athi “can we please have privacy” and worst part I can’t ask for a refund since they divorced.”