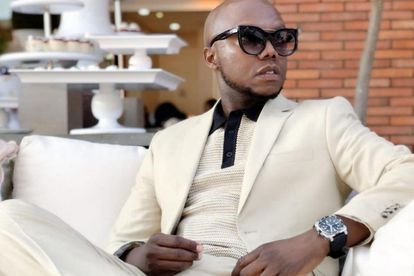 Tbo Touch is officially back on the airwaves come 1 April 2022 – and no, it’s not an April Fools joke.

In a statement, Metro FM have revealed their new line-up which officially kicks off next month. And it seems tweeps are most excited about the drive time host, who returns to the station six years after he left.

Changes include YFM’s former drive-time host Khutso Theledi, who will join Mo Flava on the breakfast show, whilst Idols SA presenter Proverb will join Lerato Kganyago as a co-host on the midday show.

Tbo Touch will replace DJs Sphectacula and DJ Naves in the drive time slot, which he previously left six years ago to pursue his individual interests. Sphe and Naves will be moved to a weekend time slot called the “Kings of The Weekend” on  Saturday’s from 19:00 – 22:00.

Meanwhile, new additions include Mpho “Mo G” Madise, who takes over the Monday to Thursday 21:00 to midnight slot.  The Encore with Kyeezi and Ms Cosmo will be Metro’s new midday weekend show from noon until 15:00. The station will also welcome Ryan “Ryan the DJ” Nair who will do “The Urban Beat” on Friday and Saturday from 22:00 to midnight.

DJ Sabby returns to a three-hour slot every Saturday, while Metro FM Lounge will also make a return every Sunday from 18:00 to 21:00 with Marian Lartey.

Meanwhile, tweeps have been celebrating the official news that Tbo Touch will be making his grand return to the station.

The star’s name became a trending topic on Twitter after he also tweeted the news.

Also trending was Sizwe Dhlomo, a DJ on a rival drive-time show on Kaya FM.

With Tbo Touch’s return, some tweeps are confused as to which DJ to listen to during the 15:00-18:00 time slot.

Others are putting their money – and listenership – in Tbo Touch’s hands.