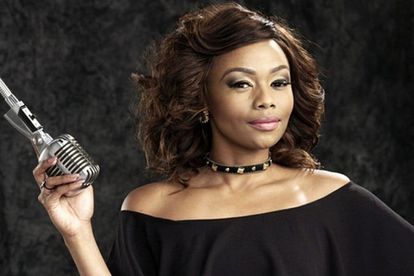 Metro FM and it’s messy relationship with some of the biggest personalities in the country has been thrust into the spotlight.

This, after the station suspended Dineo Ranaka for misconduct after she performed a dance challenge at work – a move many claimed was “too harsh”.

Following the announcement, former Metro FM presenter Pearl Thusi spoke out her own experiences at the station, which she branded “toxic”.

5 CELEBS WHO LEFT METRO FM ON A BAD NOTE

In 2021, Pearl Modiadie and her lunchtime co-host Thomas Msengana left Metro FM after she alleged she had been sexually harassed by a male manager at the station.

The radio personality’s story was leaked to the media via a Sunday World report, in which Pearl confirmed

In it, it is alleged that Pearl complained to her superiors about her treatment by the unknown manager. She said of one particular incident: “Even the celebrity guest who was present for his studio interview saw all of this. I felt violated and couldn’t even show up for work the next day”.

Metro FM responded, denying knowledge of any such information. Pearl took the station to task by taking legal action against them for not taking her allegations seriously.

Robert Marawa was fired not once, but twice from Metro FM. In his second sacking, due to in-house fighting, the sports presenter was left blindsided after he was notified of the news via sms.

He shared a screenshot of the sms, sent to him by the acting station manager.

Metro FM later issued a formal announcement that Robert Marawa would not be returning to airwaves, of which they did not specify why.

Like Pearl Thusi, Bonang has spoken of her disdain for Metro FM and as such, even vowed to never return.

In 2017 Bonang shocked fans after announcing her resignation via Twitter. The spur-of-the moment move was a result of reshuffling by management, of which Bonang was unhappy about.

She told Drum magazine at the time: “What made me leave Metro FM was because of the unprofessional way they handled everything. How they told us and how everything panned out”.

DJ Fresh was removed from air after Metro FM took offence to a “poor choice of words” he uttered during his popular show.

Following a two week suspension, Fresh was ordered to issue a public apology, which he agreed to. However, the radio presenter’s suspension was extended without pay for another three weeks, of which he publicly admonished.

Metro FM later dismissed him with immediate effect. This, after claiming the decision was made after “unsuccessful engagements” between the two parties.

LIke the other stars mentioned above, Unathi left Metro FM after a disagreement with the station bigwigs.

The veteran presenter announced her departure in 2017 after a decade at the station shortly after presenting her final show. She posted on Instagram: “Well that was my LAST SHOW on Metro FM! Thank you for YOUR love over the past decade”.

The presenter, who joined Kaya FM a few years later (and has since been sacked) was rumoured to be unhappy with presenter shake-up.

She told Gareth Cliff on CliffCentral: “I was on some ‘I don’t like what is going on right now and I am not going to put up with it anymore because I am great at what I do”.