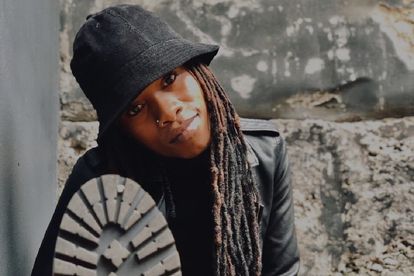 The Leqela family has announced the memorial service details for Lumko Johnson following the media personality’s passing on 14 September. Image via @lumkojohnson/Instagram

The Leqela family has announced the memorial service details for Lumko Johnson following the media personality’s passing on 14 September. Image via @lumkojohnson/Instagram

According to a statement released on the late media personality’s social media accounts on Monday 19 September, their life will be commemorated on Tuesday 20 September.

The former YoTV presenter — whose personal pronouns are “they or them” — passed away at the age of 32 on Wednesday after a short hospitalisation. Their cause of death is unknown.

“It is with great sadness that we share the news of the untimely passing of our beloved Lumko ‘Johnson’ Leqela,” the statement read on Wednesday.

Lumko’s family has invited his friends, industry colleagues and fans to join them in celebrating their life and honouring them at the Market Theatre in Johannesburg at 15:00 on Tuesday. The family also shared banking details for those who would like to make monetary contributions.

The Leqela family, Lumko’s loved ones, the LGBTQIA+ and the South African entertainment industry described their passing as a “gut-wrenching loss”.

“As we process this shock as a community, let us remember their light in this world,” reads the statement.

Metro FM breakfast host, Khutso Theledi described Lumko as someone who had an “infectious energy and a heart of gold.”

Their friend Phil Mphela described them as a “positive and joyful person.” A heartbroken Phil also shared all the things he is going to miss about his friend including the debates, Lumko cheering him on and their fabulous soul.

Former Rhythm City actress Samkelo Ndlovu said that the South African entertainment industry has lost one of the best script writers and actors.

“Thank you Lumko for you unwavering love and friendship. Thank you for choosing to spend your last few months with me. I am honoured to have known such an amazing funny stylish intelligent and sassy person.Thank you for teaching me what true bravery is. I will carry that and you with me forever,” the actress wrote on Instagram.

Besides being on YoTV and being a YFM content producer, Lumko was also best known for their starring role as gay fashion designer MJ in the Mzansi Magic telenovela Inkaba, from 2012-2013. They have also appeared in Check Coast, where they played the character of Vusi, and in Mzansi Love as Sandile.

ALSO READ: ‘Your love was a rainbow’: Celebs pay tribute to Lumko Johnson