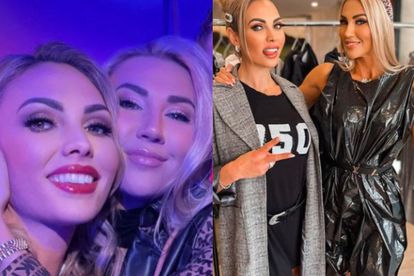 Businesswoman Mel Viljoen reacted to her “bestie” Kiki La Coco and her husband asking her for a hefty donation at a charity event, on the latest episode of the Real housewives van Pretoria.

Kiki La Coco and her husband Malcolm sat down with Mel Viljoen and her friend at the charity event. The couple then ask Mel how much she will be donating.

KIKI SAYS SHE WILL BE DONATING MONEY TO GBV

Kiki La Coco invited Mel Viljoen for a charity boxing match, where two ladies are boxing to raise money for the fight against Gender-Based Violence (GBV)

“The money we’ll be raising will be used to fight GBV. We, as FKN Army will be the main NPO distributing the money between Tasche and Angelique’s preferred organisations,” said Kiki.

Kiki went on to say that the point of a boxing match to fight GBV is to prove that it belongs in a boxing ring, not behind closed doors.

“It’s important that people know why Tasche and Angelique are fighting one another in the ring. It’s about GBV. And to make it a point that it belongs in a boxing ring, not behind closed doors,” said Kiki.