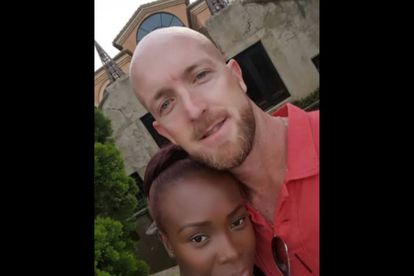 Matthew Booth’s wife Sonia is trending on Twitter after claiming he had an affair. Image via Instagram @awesomesociety.

Matthew Booth’s wife Sonia is trending on Twitter after claiming he had an affair. Image via Instagram @awesomesociety.

Sonia Booth topped the Twitter trends list on Monday 7 November after she exposed her husband, former Bafana Bafana player Matthew Booth for allegedly cheating on her.

Matthew Booth’s wife Sonia took to Instagram to share details about her husband’s alleged affair. The woman involved in the alleged affair is said to be a married woman named Bongani Moller.

Sonia revealed that she used a private investigator who then tracked her husband’s every move. She claims the affair started on Valentine’s Day this year.

“This was the start: 14 Feb 2022 ‘everyday is Valentines Day in the Booth household’. Tracker later revealed Bongani Mthombeni Moller had been picked up by @matthewboothza that morning from her house,” she wrote.

In the several Instagram posts – Sonia claims that the pair went on secret getaways. She also claimed that she met Bongani’s husband.

“Sunday 10 July @matthewboothza leaves the house in the morning, stops to buy flowers and goes to bonganimoller ‘s house. The bank statement shows Fishmonger lunch was also enjoyed. He got home in the evening, after having spent the entire day there,” she wrote.

“This morning, Bongani’s husband had this to say to me: ‘I remember I was in Maputo for a lecture at this time. Her mom called to say the boys are with her in Welkom, I was puzzled wondering why the boys were there, now I know’,” she continued.

“This is some beautiful twisted psycho move tho. Damn I’d urinate myself,” wrote @LizaNjee.

“Sonia Booth was okay with this Matthew  Booth and Bongani thing, his biggest mistake Tupperware!! Did he not know how personal it is for a black woman?” wrote @Calidonny.