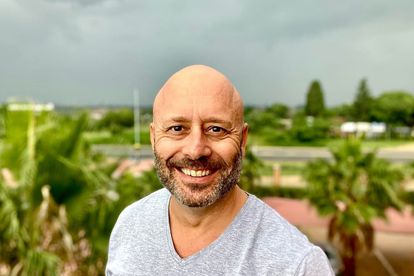 In 1989, local media personality Mark Pilgrim fought back against stage four testicular cancer. Now, 33 years later, the radio host has announced that cancer has “come knocking” on his door again. Taking to Twitter on Monday 28 February, Pilgrim said he was “scared but also strong”.

When he was 18, Mark Pilgrim was diagnosed with stage four testicular cancer. In a 2017 letter addressed to a cancer survivor, Pilgrim said that his cancer had spread to his lungs and kidneys.

In 2017, he recalled that his oncologist told him the prognosis was “uncertain” and they would have to see how his body responds to the treatment. The Hot 102.7 FM radio host spent nine months in “intense” chemotherapy sessions that lasted almost four hours a session.

“There were days when I felt like giving up, to be honest with you, days when I felt really low and didn’t feel like fighting for myself. But on those days I thought about how my family would miss me if I was gone and on those low days… I fought the cancer for them,” he wrote.

After 33 years in remission, Mark Pilgrim’s cancer has returned. He shared the news in a short statement on Twitter on 28 February, mentioning that he will know the “full extent” after he has a positron emission tomography (PET) scan.

“My pledge to you is that as long as I have the strength to climb the three flights of stairs at [the Hot 102.7] studio and do a good show, I’ll be there on air having a laugh and keeping each other company with some good tunes.”

“I’m not Chuck Norris. Yes, I am scared. I am also strong. Both emotions run parallel with each other. I’m under the care of incredible doctors and surrounded by love.”

WORDS OF LOVE POUR IN FOR MARK PILGRIM

One tweep wrote: “All the best. You make an impact on us mere mortals… You have a purpose here. Never forget that… Got get better! We are your cheerleaders, praying for you.”

Another tweep wrote: “Keep on fighting Mark! Prayers & thoughts with you.”

“All the possible positive thoughts you ways Mark!!”