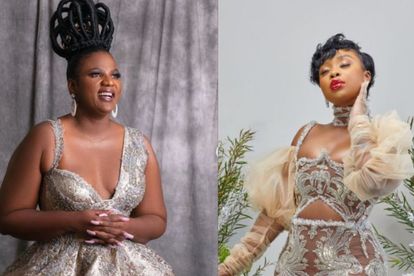 Royal AM owner Shauwn “MaMkhize” Mkhize has responded to the mom of her grandchildren Sithelo Shozi’s abuse allegations against her son Andile Mpisane – via Instagram on Wednesday 6 July.

Sithelo Shozi – who shares two daughters with MaMkhize’s son Andile – accused him of physical abuse and shared recordings of him verbally abusing her via her Instagram Stories on Tuesday 5 July.

“Let’s start with when I was beaten into a pulp and had a miscarriage at the hands of my so called ‘victim’ in a room full of his family and freiends, rushed to the nearest hospital and treated like nothing ever happened,” she wrote.

MaMkhize has since responded to the abuse allegations via Instagram on Wednesday 6 July.

“I have been made aware of the allegations made against my family by Sithelo Shozi on her Instagram account, which have since been deleted,” she wrote.

“Given my history and strong stance against Gender Based Violence, I do not take these accusations lightly. I do not and will never condone violence in any form or nature,” she continued.

ALSO READ: ‘A miscarriage at the hands of my so called victim’: Sithelo on Andile

ROYAL AM OWNER: ‘THESE ALLEGATIONS ARE FAKE’

MaMKhize went on to say that neither her nor her family have witnessed any of the allegations. She then slammed the allegations as “false and defamatory.”

“I would like to categorically state that neither myself not my family have been witness to any alleged abuse against Sithelo – and further like to highlight that these allegations are false and defamatory,” she wrote.

“Given the nature, severity and extent of these allegations the matter has been referred to our attorneys and from now hence forth – it’s of the utmost importanc =e that we let the law take its course in this regard,” she continued.

She went on to state that false accusations do tremendous damage to victims of “actual assaults.”