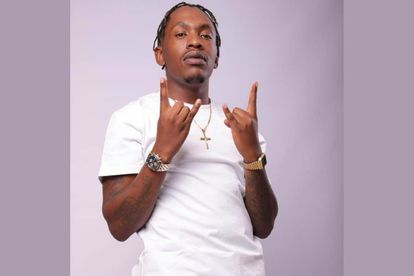 Multi-platinum producer Makwa opened up about how lean has affected his physical and mental health and advised his fans to stay away from the recreational drug concoction.

Medical News Today describes lean as a mixture of codeine and other ingredients like sweets or sodas.

MAKWA: ‘STAY AWAY FROM LEAN’

Neo Makwa, popularly known as Makwa, has produced hits for the likes of AKA, Kwesta, Yanga Chief and DJ Speedsta and has collaborated with several other local hip-hop stars over the years.

Taking to Twitter, the Spirit producer opened up about quitting lean and explained how it has affected his body.

“Quitting Lean ain’t no child’s play but I’m glad I’m off it and I eat a lot now,” He wrote.

The 29-year-old producer explained that stopping lean causes a runny stomach. “Codeine constipates your intestines don’t worry let the tummy run to drain the lean, drink more water. Also remember it has too much sugar so diabetes might knock.”

“It also affects your teeth they will be rotten more than anything bad breath is the everyday thing. Sore throat and your kidneys will always be painful.”

Makwa shared that lean can severely affect one’s mental stability. “When you don’t have it you’ll be mad and when you get it you’ll be happy and that’s f*cked up.”

In August this year, Concerns were raised over Makwa’s mental health after a series of worrying Facebook posts. The star producer wrote: “If I die don’t feel sad or cry just now that I tried to be the best man, father and friend I can be.”

He also apologised to the “person” he loves for failing them. “And to those who used me, I wish y’all nothing but the best things in life.”

ALSO READ What ‘killed’ kwaito…Or is it still alive in amapiano and hip-hop?

Makwa produced Kid X’s 2018 hit Mtano O’muntu which achieved platinum status. Sharing the news on Twitter recently, he mentioned that it should’ve been his first plaque out of all the hits he’s made. He thanked Kid X for presenting him with the plaque.

“They told me to buy it but I refused for a long time until my brother Kid X pull up with one for me. Mtano ‘Omuntu went Platinum. Kid X thank you big bro.”