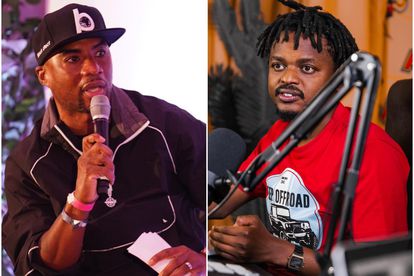 Everyone and anyone is having their say about MacG and his interview with US singer Ari Lennox. And now one of the biggest radio shows in the world is also weighing in.

Power 105,1’s The Breakfast Club starring Charlamagne Tha God, DJ Envy and Angela Yee shared their thoughts on the controversial clip which saw the star being questioned about her sex life

Taking to the airwaves on Monday, the trio discussed Ari Lennox’s reaction to being caught off guard by MacG.

The also offered advice on what they would do differently.

After listening to the clip on the “Rumour has it” segment in which MacG asks Ari Lennox a question pertaining to an explicit lyric, the DJs shared their opinions.

Charlamagne was quick to stand up for MacG, insisting he should not be cancelled after the backlash.

He said: “One thing I wont do is judge MacG. At one point, I was a MacG, I was one of those boys. So I would rather counsel the man instead of cancel him. This is a teachable moment for young media personalities.

He did, however, add that MacG could have asked the question in differently. He added: “Let me be the first to tell you, it’s not what you say, but how you say it. And i think if it is based on something an artist said in a song, it’s fair game. But to delivery still has to be correct”.

Angela then weighed in, claiming she also had mixed feelings about it.

“People know what that podcast is about…They [the guests] know what they’re walking into. But if it’s somebody you don’t know and you’re not comfortable with and it comes off the left field, that can feel uncomfortable.

“If she felt uncomfortable, we can’t be mad at her”.

MacG broke his silence on the Ari Lennox debacle in his podcast on Monday. In it, he debunked several misconceptions about the interview