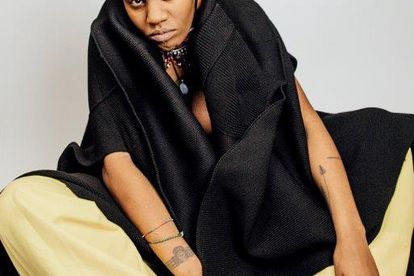 London based South African musician Toya Delazy took to Twitter to criticise police officials for recent door-to-door raids. Her criticism comes as police officers and army officials were seen storming the homes of looters and confiscating groceries and appliances that were looted a few weeks ago.

South African singer Toya Delazy has once again taken to Twitter to share her views on the ongoing trouble in the country.

This time the musician criticised police and army officials who have been tasked with the job of going doo-to-door in local townships. Their mission is to confiscate the various grocery products and appliances tat were looted from various South African outlets after riots broke out during the #FreeJacobZuma protests.

Delazy however is not happy with this and basically criticised South Africa for taking things from the people who need it:

“Only in South Africa door to door raids on the poor as a solution for poverty,” reads one of her tweets.

She also goes on to say how the youth of South Africa shouldn’t turn on each other because that is what the system wants. She then calls on everyone to stand together during this time.

Many South Africans agreed with the singer and joined her in criticising South African officials for the manner in which they handled the situation that has obviously gotten out of hand here in Mzansi. Read a few of their comments below:

While @EternalFearless thought differently and had this to say:

“There’s no time for victimhood they’re criminals who destroyed lives, maybe they need to come and burn and loot your studios and its equipment so that you can see how it feels.”