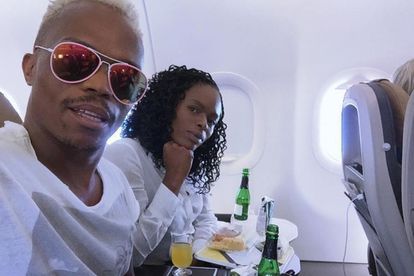 Somizi Mhlongo and Unathi Nkayi have a strained relationship. Images via Instagram @unathi.co.

Somizi Mhlongo and Unathi Nkayi have a strained relationship. Images via Instagram @unathi.co.

Media personality Somizi Mhlongo opened up about how he felt when his colleague Unathi Nkayi “cancelled” him on the latest episode of his reality show which aired on Wednesday 11 May. Will the pair ever work together again?

THE DRAMA BETWEEN SOMIZI AND UNATHI EXPLAINED

Unathi Nkayi and Somizi Mhlongo used to be good friends. The pair worked together on Idols SA, both having seats on the judging panel of the show. However, their relationship became strained after Somizi’s estranged husband Mohale Motaung accused him of physically and psychologically abusing him. This was via leaked audio clips by Sunday World.

Somizi thought it was all fine until Unathi “went public.” She posted that she will not allow people to listen to American singer R Kelly, who he was convicted of sexual abuse, around her.

An Instagrammer called her out for having double standards because she is friends with DJ Fresh and Euphonik who were accused of rape and Somizi, because of the abuse allegations made against him by his estranged husband Mohale Motaung. However, she said she was not friends with Somizi. She also unfollowed the media personality on Instagram.

Somizi said he was shocked and disappointed on the latest episode of his reality show which aired on Wednesday 11 May. The media personality did not mention names but screenshots of Unathi were shown on screen for viewers to see who he was referring to.

SOMGAGA: ‘THIS PERSON MUST NEVER EVEN LOOK AT ME’

Somizi went on to say he never wants to speak to Unathi again and she must not even look in the same direction as her. So, will the pair ever work together again? Well Somizi says he is not the type to take “bread” away from somebody but he will make it clear from the start that she must not even look at him.

“If I have to go work with her, in the same space with her. It’s not in my nature to say it’s either me or somebody else. I’m not going to take bread away from somebody who feeds her kids and family and stuff. I’m going to make sure my space and peace is protected, one. I never want to talk to her again, I never want to speak to her again,” he said.

“I will be professional. Being professional doesn’t mean that when she says something I must agree with her… but I’m going to make it clear before I even start that this person must never even look at me,” he continued.