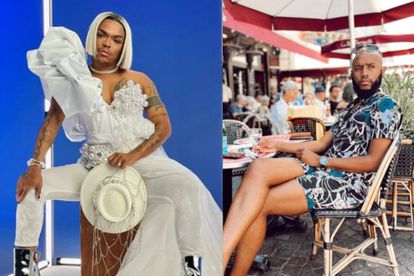 The media personality headed straight into his failed marriage and divorce on the first episoe of the fifth season of Living the Dream with Somizi.

“I was dealing with someone who had issues with sex or I don’t know what you call it. I try to find ways of making it work. The sex life was dead. I still stayed but I said to him let’s find other ways. Either we could go for sex therapy – he did not want to go because he was in denial of the fact that our sex life wasn’t great,” he said.

ALSO READ: ‘I bring nothing to the table besides my pretty face’: Mohale Motaung

2. THE MEDIA PERSONALITY HINTS THAT MOHALE IS ‘BROKE’

Somizi asked God to give him a man with half his millions because the ones he dates are broke. This is likely to have been a dig at Mohale.

“The ones I date are broke. Lord, I pray on my 49th birthday, give me a man that has at least half the money that I have, which is a couple of millions,” he said.

3. SOMIZI HINTED MOHALE IS DEAD TO HIM

When the media personality was packing his estranged husband’s clothes to send back he felt emotional. However, when the director asked if he had any last words, he responded “rest in peace.”

4. HE SLAMMED MOHALE FOR BEING A ‘CON ARTIST, ROBBER AND MONEY HEIST’

After Somizi claimed that Mohale wanted 50% of his estate, he called him a con artist, robber and money heist.

5. SOMIZI ‘BLOCKED’ MOHALE OUT OF HIS LIFE

Somizi revealed that he blocked Mohale out of his life – after he received his first call from his estranged husband since the abuse allegations.