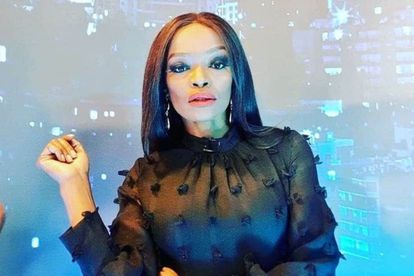 Family and invited friends of the late celebrity journalist, TV presenter and radio host will gather and celebrate her in the private memorial service.

The service is being held at the Birchwood Hotel in Boksburg, Gauteng, for Kuli Roberts who passed away at age of 49 years on 9 February.

THE FAMILY CONFIRMS HER PASSING

Roberts collapsed and passed away on Wednesday, 9 February 2022 at 22:00 after recording her new show Heavy Hitters on SABC1.

The Roberts and Mboya family confirmed her death in a statement to the media last week.

“It is with profound regret and sadness that we confirm the untimely passing of our dear daughter, mother, grandmother, sister and aunt Nomakula ‘Kuli’ Roberts (49)’.

Roberts boasts a distinguished career on TV, radio, and print. She was the fashion and beauty editor at Drum Magazine and also worked at Sunday World as a lifestyle editor.

She starred alongside Connie Ferguson and Themba Ndaba in The Queen and recently appeared in the local Netflix film, Angelina.

The media personality hosted several TV shows on SABC such as The Real Goboza, Trending SA, and What Not To Wear. Roberts also co-hosted the breakfast show on Kaya FM alongside the late radio legend Bob Mabena.

You can livestream Kuli Roberts’ memorial service below.

Details of her funeral:

Live-streamed link will be shared tomorrow.

Roberts leaves behind her two children, her grandchild, her parents, and her three siblings.