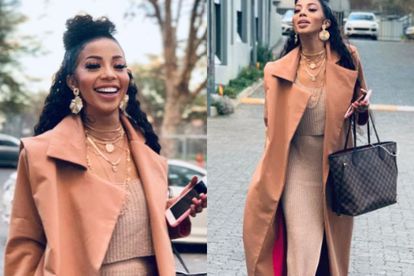 Kelly Khumalo’s therapist reveals his approaches to her healing. Images via Instagram @kellykhumaloza.

Kelly Khumalo’s therapist reveals his approaches to her healing. Images via Instagram @kellykhumaloza.

South African singer Kelly Khumalo opened up about her “baby daddy” Senzo Meyiwa’s mom Nombifuthi Meyiwa on the first episode of the third season of her reality show which aired on Showmax on Tuesday 5 July.

THE SINGER WEIGHS IN ON SENZO’S MOM

Kelly Khumalo discussed her ex-boyfriend and late “baby daddy” Senzo Meyiwa’s mom Nombifuthi Meyiwa on the first episode of season three of her reality series. The singer opened up about her thoughts on the documentary – Senzo: Murder of a Soccer Star. She said that Senzo’s mom’s comments about her is what stuck out.

“What caught my eye, more than anything else is Senzo’s mother saying, she went to the witch doctor to get rid of me,” she said.

“Me, I’m a child of the Gods, if you try me it will come back to you,” she continued.

Kelly went on to say that Senzo’s mom was projecting on her because Senzo’s dad cheated on her as well. The singer previously revealed that she was three months pregnant when she found out that Senzo was married.

“She wanted to remove me out of Senzo’s life. She was projecting because her husband cheated on her. So, she decided to take it up on herself to go and fight these battles,” she added.

DID KELLY KHUMALO KNOW ABOUT THE NETFLIX DOCCIE?

The singer went on to say that the creators of the documentary wanted to use her music but she did not allow it.

“I would like to believe that it was about him. But I’m like this is not about me. Why do you want to make it about me? They even wanted my music. They were interdicted from using my music,” she said.