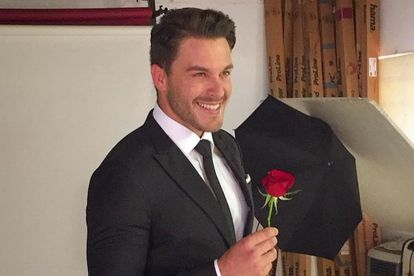 Lee Thompson, the first-ever Bachelor in South Africa, alleges that he turned down a bribe in favour of releasing his hotly-anticipated tell-all book

The reality TV star and model took to social media to give an update on his memoir from the show, titled The Truth Behind The Rose.

Lee Thompon alleges that a lucrative offer was on the table from big-wigs who wanted him to can the book, which threatens to spill secrets about what really went down on the set of the popular dating show.

“Turning down a seven-figure offer from the guys at the top to have me not release my book to the public wasn’t easy but it will be worth it,” the star wrote in an Instagram post.

Lee also claims that he had to deal with legal issues from the book, no doubt from the bold claims.

He added: “I’ve had a few legal matters to deal with regarding some information I’ve shared in the book which is the reason for the delay”.

‘The Truth Behind The Rose’ release date

The Truth Behind The Rose was due to be released in April this year, but was pushed back to October. It is now set for release next month.

According to the star, the book will unpack the “deception, manipulation and lies” he experienced on The Bachelor SA.

Meanwhile Lee Thompson and his new lady love just cant get enough of each other.

The star is dating blonde bombshell Lindi Beetge and have been posting up a storm together.

From horse rides on the beach to visits to CBD restaurants to selfies on the street, the couple are blissfully in love.

“Thank you for supporting me through thick & thin. You are the strongest and bravest Woman I know. I Love you my gorgeous,” he captioned a recent picture.