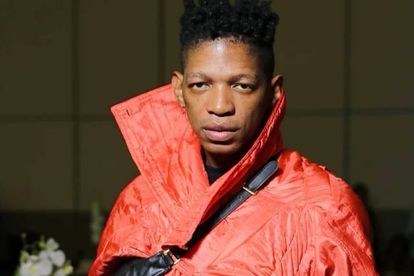 Fashion designer Lebohang ‘Quiteria Kekana’ has passed away after a short battle with cancer. Image via Twitter @Mgosi_SA

Fashion designer Lebohang ‘Quiteria Kekana’ has passed away after a short battle with cancer. Image via Twitter @Mgosi_SA

Local fashion designer Lebohang “Quiteria” Kekana was diagnosed with multiple myeloma, a type of cancer that forms in the plasma cell in July 2021. After battling cancer for less than a year, the Kekana family announced that the fashion designer passed away on Sunday 17 April at his Johannesburg home.

Speaking to TrueLove in 2021, Kekana said after trending on Twitter for days for allegedly body-shaming Lesego Tlhabi aka Coconut Kelz, his body experienced a lot of trauma. “One day I just fell and had a concussion. After that, I got very ill,” he added.

“That’s when I went to the doctor to get checked out because I had started to develop lumps on my body too during that period. When I got there, I discovered that I had cancer,” said Kekana.

He added that he underwent 28 tests and start chemo-therapy.

QUITERIA KEKANA HAS PASSED AWAY

In a statement posted on Tuesday 19 April, the Kekana family announced Quiteria’s death. According to the family, the fashion designer passed away at his home in Melville, Johannesburg. He was 38 years old.

“Quiteria leaves behind his son, his beloved parents, siblings, family and his puppy. The family humble requests privacy, as they process the news. We ask that you please keep us in your prayers,” continues the statement.

Kekana also designed the green dress Beyoncé wore during her showstopping Global Citizen performance in 2018 at the FNB Stadium in Soweto.