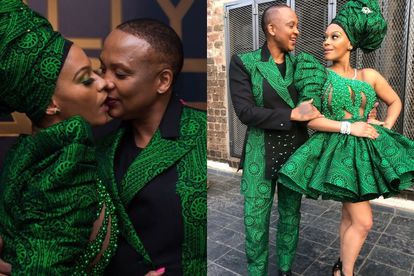 Entrepreneur Lebo Keswa, the wife of Generations star Letoya Makhene-Pulumo was accused of vandalism, revealed via a Facebook post on Sunday 16 January.

Businesswoman Matlhogonolo Ledwaba, the founder of The Bread Box Studio in Midrand accused Lebo Keswa of vandalism. Lebo is the wife of Generations star Letoya Makhene-Pulumo. The pair tied the knot in December 2020, so they would have just celebrated their first wedding anniversary.

“Unprovoked she vandalised and broke everything in my shop and called us nobody’s,” Ledwaba wrote on Facebook.

She then posted a picture of Lebo on Facebook accusing her of vandalising her business and calling them “nobodies”.

“She did all that unprovoked, she vandalised my business, insulted us and called us nobody,” the post was captioned.

Ledwaba confirmed that the accusations took place to The Citizen. The businesswoman did not want to dive into the details of what happened before it was dealt with legally but she said she opened a case with the Midrand police station.

Many shared their thoughts in the comments section of the post. Facebook users thought Lebo “will never change” while others apologised to Ledwaba.

Others question if she was “possessed”.

“Bathong is she possessed or something eish askies darling,” commented Botshelo Charmaine Huma.

“I’m sorry my friend for what had happened last night. I’m still shocked, she started with me, taking my car keys. You’ve seen how frustrated I was,” commented Zu Jolinkomo.

“That’s so sad. Sorry dear it’s really disappointing (that these) celebrities think they own the world,” commented Happy Sebopa.