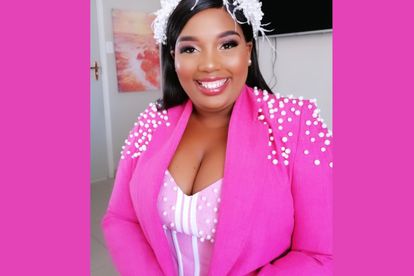 LaConco talks about her friendship with the ‘RHOD’ ladies. Image via Instagram @_laconco.

LaConco talks about her friendship with the ‘RHOD’ ladies. Image via Instagram @_laconco.

Reality star Nonkanyiso “LaConco” Conco addressed her friendship with Londie London and the other housewives in a recent Instagram Live.

THE ‘HOUSEWIVES’ WANT TO CUT TIES WITH NONKANYISO ON SEASON FINALE

The drama in the Real Housewives of Durban (RHOD) season two reached its peak in the season finale, aired on Showmax on 15 April. Annie Mthembu demanded answers about LaConco rumoured “bae” Petal.

However, LaConco refused to answer the ladies.

“He is my bestie. Finish and klaar, full stop. I am tired of this. Jojo and Annie thought the flowers were fake,” she said before Annie explained she was confused about her life.

“They expect me to explain. You can’t force anyone to talk. She must just respect that I will talk when I feel like it,” she continued in her piece to camera.

The ladies later discussed the “lies” and felt as though LaConco had hid too much from them. This is because she has not invited the ladies to her home nor let them meet her family members. Therefore, the ladies felt like they deserved answers.

The ladies confronted LaConco later on but she was not willing to share any more information. So, the ladies were ready to cut ties with former President Jacob Zuma’s “baby mama.”

LACONCO ON HER FRIENDSHIP WITH LONDIE & THE LADIES

The RHOD season two reunion releases on Friday 6 May and where does LaConco stand with the ladies? Well, she revealed she is cool with Londie Londo – who Tweeps thought betrayed LaConco by revealing information that she was told confidentially.

The mom of one went on to say she is doing some introspection but she is cool with all the ladies.

“I am cool, I don’t know about her. She needs to answer herself. I am cool with all of them and there is no one that I am beefing with, but I am introspecting everyone as time goes,” she said.

“They have been digging information about me. I don’t know if it’s my character but my siblings often say that they are glad that I don’t have any scandals because people would have been talking about them,” she continued.