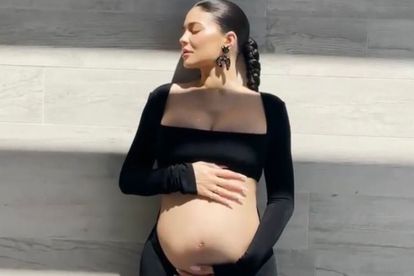 Kylie Jenner announced her pregnancy just weeks after her eagle eyed fans noticed that she did not actually drink the tequila shot at the Keeping Up With The Kardashians reunion episode and she enjoyed sushi without raw fish not too long ago, which is something pregnant women avoid.

Fans also noticed that Kylie Jenner did not post any pictures of herself from her lavish 24 karat gold birthday party in August. This was followed by several inside sources confirming the star’s pregnancy to People.

“Kylie is a few months along. She has a cute bump. She is beyond excited,” said a source to People.

“She has been wanting to give Stormi a sibling for a while. She loves being a mom. She is thrilled that she and Travis are pregnant again. She has been enjoying her pregnancy in private. She has only spent time with close friends and family,” the source continued.

However, Kylie Jenner has finally spoken out, through a touching video she shared on Instagram that confirms her pregnancy with the father of her first child, Travis Scott. Travis Scott and Kylie Jenner welcomed Stormi Webster in 2018.

Through the one and a half minute video, Kylie Jenner takes her fans on her journey of finding out she was pregnant with Travis by her side, her visits to the doctor and the big moment of Stormi breaking the news to grandmother Kris Jenner with sonogram photos.

In true Kris Jenner style, she of course shed some tears saying it was “one of the happiest days of her life”.

This follows the news of American rappers Cardi B and Offset announcing their baby’s birth on Tuesday 7 September.