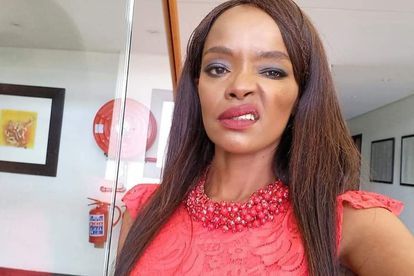 Close family and friends of the late Kuli Roberts attended the private ceremony of the media personality this morning, Thursday 17 February.

Media personality Kuli Roberts passed away on 10 February. She suffered a seizure on the set of a new television show titled Heavy Hitters.

“It is with profound regret and sadness that we confirm the untimely passing of our dear daughter, mother, grandmother, sister and aunt Nomakula ‘Kuli’ Roberts (49). She sadly passed away late last night (10th February) in Johannesburg,” read a statement from the family.

“Affectionately known and loved by her friends, family, and the South African entertainment industry at large, Kuli was an all-round media personality who was always the life of any gathering. Her love for family, friends, work and very importantly her community is well known,” continued the statement.

“Both the Roberts and the Mboya family are deeply thankful for the immense support from across the nation over the past few days. They have planned a small intimate gathering for her send-off,” read the family’s statement.

ALSO READ: ‘We call this our worst time’: Kuli Roberts’ children & sister at her memorial

The media personality will be remembered as a trailblazer, she honed her skills to the following publications throughout her career.