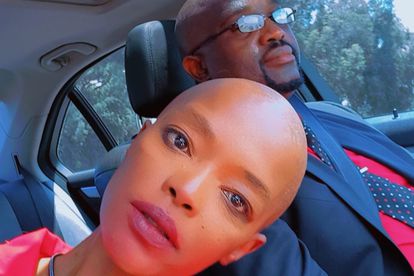 Tributes are still pouring for the passing of 49-year-old media personality and actress Nomakula “Kuli” Roberts who passed away on Wednesday 9 February at 22:00.

A friend of the lifestyle journalist has shared more details about the night of her death.

ALSO READ: ‘Off we go’: Inside Kuli Robert’s last tweet and tributes from South Africans

FRIEND OF THE ACTRESS: ‘SHE WAS FINE’

Kuli Roberts’ friend who prefers to stay anonymous says he was with her on Tuesday evening and Wednesday morning.

“We were laughing about her wig and her going bald for a shoot she was doing. She was okay, she was not sick.”

The friend also told Drum Magazine that she accompanied the lifestyle journalist to the CCMA for her case against her previous employer.

“At 9 am we were there together. She was fine, the outcome was positive.”

“She was happy about it. She was dancing at the opening of a show she was doing, and she just collapsed.”

“I am devastated and I don’t know what to say. The family spokesperson will handle everything and give details of what happened.”

Roberts was known for columns as a Lifestyle journalist in the Sunday World newspaper, Fair Lady, Drum magazine, and You Magazine where she was a fashion and beauty editor.

Another friend to Kuli Roberts added that she spoke to Roberts on Wednesday morning about a story she was working on.

They also attended a launch for Dr Paul Nassif’s products but Roberts was rushing to leave.

“I am in disbelief.”

“It is with profound regret and sadness that we confirm the untimely passing of our dear daughter, mother, grandmother, sister and aunt Nomakula ‘Kuli’ Roberts (49).”

“Affectionately known and loved by her friends, family, and the South African entertainment industry at large, Kuli was an all-around media personality who was always the life of any gathering.”

“Her love for family, friends, work, and very importantly her community is well known.”

Roberts grew a thick skin over the years and was unbothered by social media trolls over her dramatic weight loss.

The late actress and TV presenter said she grew up being teased about her dark skin tone and explained that this was one of the reasons why she remained unconcerned by trolls in an interview with Drum Magazine.

She also told the publication that the pandemic affected her appetite and mental state which contributed to her dramatic weight loss.