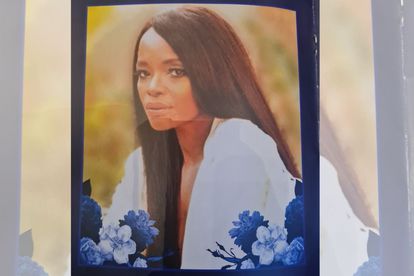 ‘We call this our worst time’: Kuli Roberts’ children and sister at her memorial. Image via Twitter @ZikhonaTshona

‘We call this our worst time’: Kuli Roberts’ children and sister at her memorial. Image via Twitter @ZikhonaTshona

Family and close friends of the late media personality Nomakula “Kuli” Roberts gathered at the Birchwood Hotel on Wednesday to honour her life.

The Queen actress and mother of two passed away last Wednesday (9 February) at the age of 49 years.

ALSO READ:Kuli Roberts: More details about the night of her death emerge

The family and friends of Kuli Roberts took turns to pay tribute to the star at her memorial service this morning.

“It is with profound regret and sadness that we confirm the untimely passing of our dear daughter, mother, grandmother, sister, and aunt Nomakula ‘Kuli’ Roberts.”

“Kuli leaves behind her two children, her beloved grandchild, her parents, and three siblings.”

She is survived by her children, Tembela and Laeun Roberts, her grandchild, her three siblings, as well as her parents.

The Roberts and Mboya families said they were deeply thankful for the immense support from across the nation over the past few days.

TRIBUTES FROM FAMILY AND FRIENDS AT HER MEMORIAL SERVICE

“We call this our worst time”

Skhumba, a former colleague at KAYA 959:

“I’m the only person who gave Kuli Roberts and Bob Mabena the best last days of their radio careers.”

“Thank you to Kuli’s family for giving us Kuli, everyone knows that this industry can swallow a person.”

Model and people living in albinism representative Refiloe Modiselle spoke on how Roberts loved and cared about people living with albinism.

Her close friend Zola Hashatsi thanked celebrities who gave her flowers while she was still alive.

“Death be not proud. I will miss your baritone laughter.”

“Your sarcasm at all times, your seriousness yet playfulness when it’s time to work.”