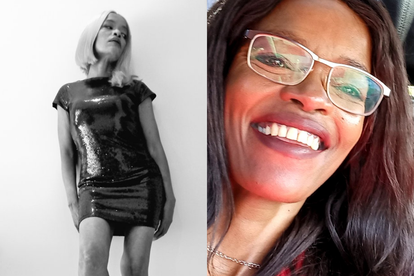 Kuli Roberts has died at age 39. Images via Twitter: @kuliroberts

Kuli Roberts has died at age 39. Images via Twitter: @kuliroberts

South Africans have been left reeling from the tragic news of Kuli Roberts’s death. Many shocked fans flocked to social media where they questioned whether it was maybe one of many hoaxes that were made about the media personality’s passing in the past.

Unfortunately, close friends of the presenter confirmed that she had indeed passed away at around 22:00 on Wednesday 10 February this year.

Kuli Roberts is well known for her role on TV shows such as Trending SA and The Real Goboza. The media personality was fairly active on social media and frequently shared her thoughts with her many fans and supporters.

This is why her death – at only 49 – comes as a shock to people across the country.

While many refused to believe claims that the star passed on, her close friends have now come out to confirm the news and share details about her final moments on earth.

A source told TRUE LOVE that the star had been relaxing at a get-together with a few friends on Wednesday evening while preparing to do a Kaya FM radio crossover when she suddenly collapsed.

“She was relaxing with friends at a get-together and she just collapsed and never woke up,” said the friend who asked not to be named.

According to the friend, Kuli was absolutely fine before the incident and showed no signs that anything was wrong.

Condolences are pouring in

A number of them commended the star for fighting fiercely for what she believed in and staying down to earth despite her fame.

“My worst fear, we carry so much in our hearts that we have to smile regardless of what we facing and end up collapsing because we can’t take it anymore.”

Her cause of death has not yet been confirmed.