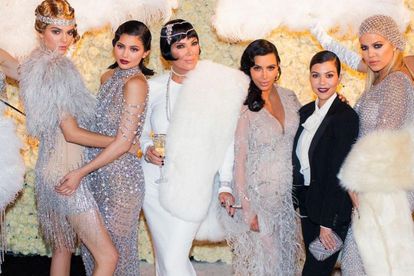 The Kardashians and Jenners had an eventful year. Image via Instagram @krisjenner.

The Kardashians and Jenners had an eventful year. Image via Instagram @krisjenner.

This has been a big year for the Kardashian and Jenner family, Keeping Up With The Kardashians officially ended on 8 September 2021 but the reality star’s did not stop making headlines.

Here is a look at the biggest Kardashian and Jenner moments of 2021.

Kim Kardashian officially filed for divorce from Kanye West after seven years of marriage in February. The pair have four children together – North (8), Saint (6), Chicago (3) and Saint (2).

JUNE: KENDALL JENNER REVEALS SHE HAS A BOYFRIEND

Kendall Jenner, who usually keeps her love life private – revealed that she is dating American professional basketball player Devin Booker in June. This was during the Kardashian’s and Jenner’s sit-down interview with Andy Cohen for the Keeping Up With The Kardashian’s reunion episode. So, this marked the first time Kendall was publicly official with Devin.

SEPTEMBER: ‘KEEPING UP WITH THE KARDASHIANS’ ENDS

The last episode of season 20 of the reality show was broadcasted on 8 September. This marked the official end of the iconic reality series that had been running since 2007.

Kylie Jenner officially announced her pregnancy in September with a one-and-a-half minute long video. Travis Scott is the father of the baby. Kylie and Travis share three-year-old Stormi.

Kourney Kardashian literally said yes to her beau Travis Barker in October this year. This comes after her “baby daddy” Scott Disick tried to win back her love throughout season 20 of the show. Kourtney and Scott had an on and off relationship for over a decade.

Kylie’s “baby daddy” Travis Scott made headlines after 10 people lost their lives because of a crowd surge at his Astroworld Festival. Travis was criticised for continuing to perform while ambulances were trying to help the concert-goers caught in the crowd surge.

Kim hosted an episode of Saturday Night Live in October and she kissed American comedian Pete Davidson on the show. The Skims founder was thereafter seen holding hands with Pete on a rollercoaster – sparking romance rumours.

Kim was reportedly officially dating Pete in November according to inside sources but many thought it was just a publicity stunt. This is because it happened just after the Astroworld Festival so many believed this was an attempt to steer attention away from Kylie and Travis.

Khloe Kardashian’s “baby daddy” Tristan Thompson has most often made headlines for cheating on her. While many thought this was over, a woman named Maralee Nicholas claimed that Tristan is the father of her baby.

The court documents that were obtained stated that Tristan admitted to having sex with Nicholas in March. Khloe and Tristan were together and “working on things” at this time so he seems to have cheated on her yet again. This comes after he was seen begging for a second (or third, maybe fourth) chance with the Good American founder in season 20 of the reality show.