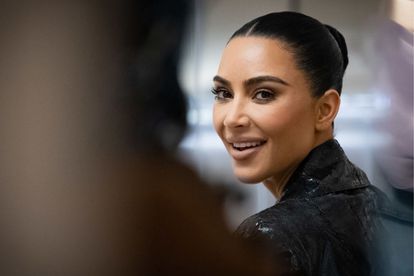 Pete Davidson has thrown caution to the wind when it comes to getting more permanent markings of his partners. This, after girlfriend Kim Kardashian revealed he has “a couple” of tattoos dedicated to her on his body.

Speaking on The Ellen Show this week, the reality TV star revealed that her younger bae has even branded her name into his chest!

Speaking on The Ellen Show, Kim revealed that she was happy and in love.

She said: “It feels good. I think it’s just in life, like no matter what it is, I just think I encourage my friends and the people that I love just to be happy. And I went for it. I was like, ‘You know what, I’m in my 40s like f**k it, just go for it. Find your happiness.’

“I went for it and I took my time. I found it and it feels so good. I want to hold on to that forever.”

Kim also revealed that despite the new couple only making a short stint on her Instagram feed, she actually has “plenty” of pics with the 27-year-old star.

She continued: “I have the cutest pictures of us and I want to be like, ‘Oh my God, we’re so cute.’ But then I’m like, ‘Don’t be so desperate. Don’t be posting so much, just give a glimpse.

Meanwhile, Kim also revealed that Pete Davidson surprised her by getting “a couple” of tattoos dedicated to her. This after the couple debuted their romance less than six months ago.

And one such consists of a “branding” of her name, which is “burnt” into the comedian’s chest, and has left a scar.

Kim – who once compared getting a tattoo to “putting a sticker on a Bentley” – told Ellen: “He wanted to do something that was really different. ‘Cause, like, the first tattoo he got, I was like, ‘Oh, so cute, thank you, oh my god!’ You know, second, whatever…But like, that’s what tattoo people do, right? They get tattoos of what’s going on in their life and so I was like, ‘Am I special?’

“I think my favorite one, it says, ‘My girl is a lawyer.’ And that one’s really cute.”

But Kim’s not the first lady Pete Davidson has gotten an inking of. The star has had several tattoos done as an ode to his then-girlfriends Ariana Grande and Cazzie David, which he has since covered up.