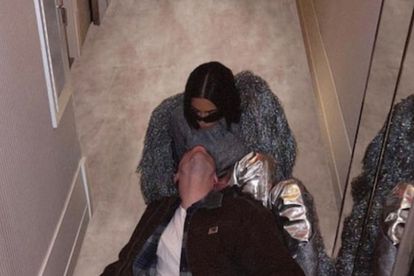 After months of low-key dating, Kim Kardashian has finally made her bae Pete Davidson Instagram official.

The Hulu reality TV star showed off her younger lover in a social media snap that had family, friends and fans gushing over the cute celebrity couple.

Wearing a shiny metallic coat and knee-length silver boots, Kim Kardashian posted a montage of pics on her Instagram.

Included among the pics was Pete Davidson, who is seen taking a selfie with him and his 42-year-old girlfriend. In another pic Kim and Pete lean in for a kiss whilst sitting on the floor.

The movie – starring Ben Affleck and Blake Lively – tells the story of a group of thieves, one of which falls in love with a bank manager, who was held hostage during one of their raids.

The comments section of Kim Kardashian’s post was filled with praise for the couple by her nearest and dearest.

Sister Khloe Kardashian wrote: “I love this” whilst Scott Disick gave the romance his seal of approval.