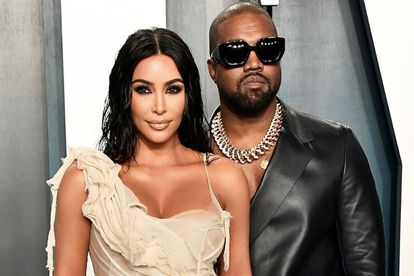 Kim Kardashian West has filed to be legally single despite Kanye West’s public efforts to win her back. Image via Twitter @nojumper

Kim Kardashian West has filed to be legally single despite Kanye West’s public efforts to win her back. Image via Twitter @nojumper

Kim Kardashian West has filed to become legally single amid her divorce from Kanye West.

The former Keeping Up with the Kardashians star filed for divorce from the 44-year-old rapper earlier this year, and according to court documents obtained by TMZ on Friday, she has now pushed to be declared legally single.

The papers filed by Kim ask the judge in her divorce case to separate issues of child custody and property from her marital status, meaning she and Kanye would be able to be legally single while they continue to work out the terms of their divorce.

According to TMZ, the 41-year-old reality star has also asked to have her maiden name restored, which would see her known as just Kim Kardashian. The news comes as Kanye has made several public comments about his intentions to try and win Kim back.

Earlier this week, the music mogul dedicated his song Runaway to the SKIMS founder while performing at the Free Larry Hoover concert at the Los Angeles Coliseum.

After singing the lyrics:

“I need you to run right back to me, baby,” he added: “More specifically, Kimberly.”

KIM K HAS MOVED ON FROM KANYE WEST

But sources said after the concert that Kim – who is reportedly romancing Pete Davidson – has “moved on” from Kanye and as no interest in rekindling their romance.

An insider said: “[Kim] knows where Kanye’s head is, but she ignores it. [She has] moved on but she knows it’s difficult for Kanye to deal with. She isn’t surprised that he pleads in public for her to run back to him. She is just trying to be respectful about it.”

Kim is determined to keep her relationship with Kanye civil, and insiders say she is particularly invested in ensuring they remain good co-parents to their children – North, eight, and Saint, six, Chicago, three, and Psalm, two.

“Kim will always bring the kids to events that are important to Kanye. Co-parenting and making sure her kids are happy will always be her priority,” added the source.

ALSO READ: Babes’ attack on mom-in-law was a ‘publicity stunt’: SA NOT impressed!